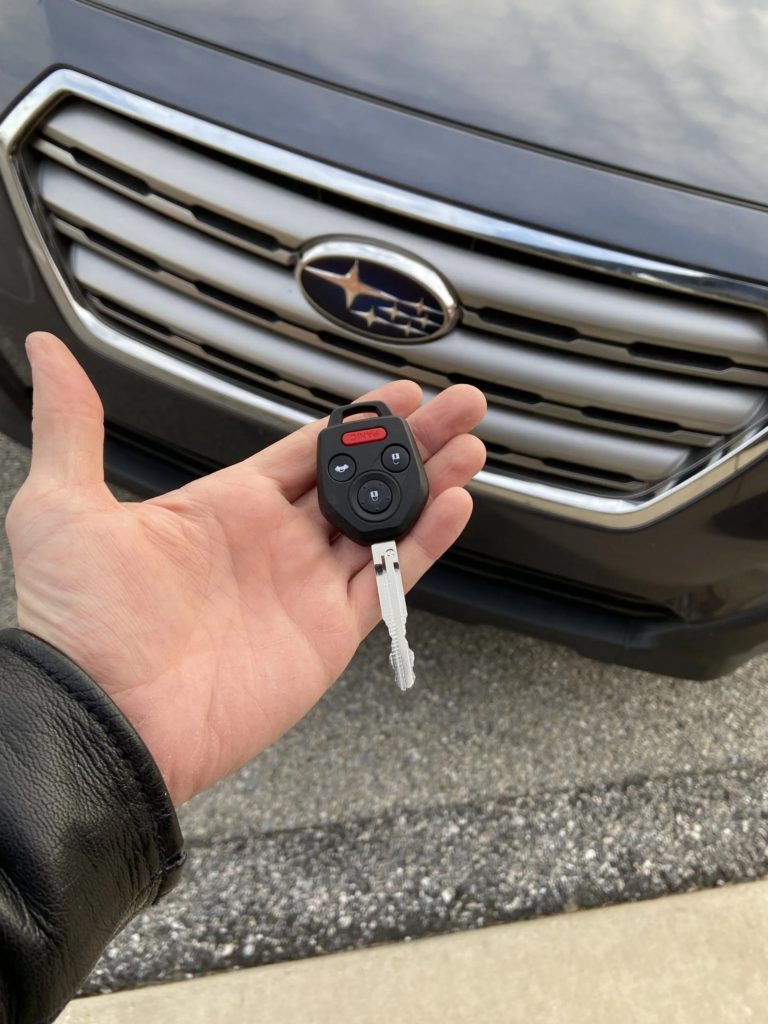 I had a customer call me earlier this week (same day as the previous post for the 2011 Ford Edge) looking to get a spare key made for her 2015 Subaru Outback. I didn’t have the specific remote head key in stock so I offered to order it for her. She agreed and I placed the order. A few days later it arrived in the mail. We set up an appointment for later in the week. Because this was just adding a spare key she was able to bring it in to the shop.

This was a relatively quick and easy programming. After verifying the FCC ID and that a pin code was not required for the remote programming I decoded her existing key bitting and copied that to the new key blade. The key capacity was at max and I needed to remove some existing keys to be able to program in this new one. I verified with the customer that she didn’t have any other keys not accounted for as they would stop working if I proceeded with this step. She confirmed so I removed all keys except the one that she brought in and the one that I was getting ready to program.

This is actually a great safety practice. If someone were to find an old key of yours, yes they would still be able to gain access to the interior of the car but, after removing the pairing of the transponder the vehicle would not be able to be started meaning it could not be stolen with an old key that was found by someone attempting to take the car.

Moving forward, I programmed the key, it went in quickly, took about 30 seconds with the programmer. Second step was to pair the remote as which was a separate process from programming the transponder. After this second round of programming I tested all the buttons on both remotes (the new one just programmed and the original brought in by the customer) and tested that both keys started the car, she was good to go.

The entire job took roughly 10 minutes while she waited in the shop.

Thanks for stopping by! We’re here to help, please don’t hesitate to reach out